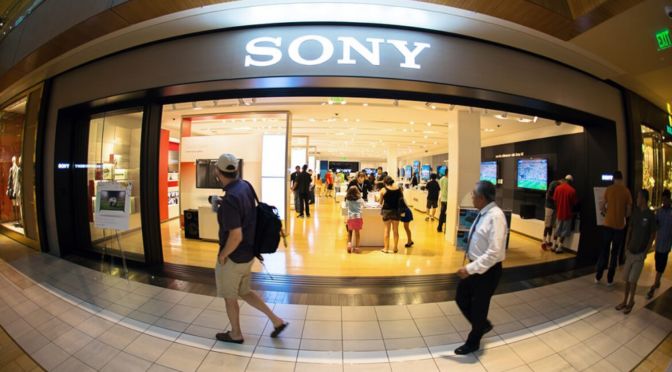 ALL ABOUT THE SONY HACKING SCANDAL

The Sony Hacking Scandal was basically a cyber-attack on Sony Picture Entertainment which resulted on the cyber criminals releasing private data that belonged to the employees of Sony Pictures Entertainment. The incident, which occurred on the 24th of November 2014, also saw confidential email exchanges between top Sony executives and information about Sony employees and their families hacked into and published on the internet. The attack was committed by a group calling itself as Guardians of Peace, or simply GOP.

WHAT WAS REVEALED FROM THE HACK

In one email exchange posted on this link: http://defamer.gawker.com/leaked-the-nightmare-email-drama-behind-sonys-steve-jo-1668882936 on the 9th of December last year, Scott Rudin, the co-chairman, refers to Angeline Jolie as minimally talented spoiled brat. This was in his email communication with Amy Pascal, also a co-chairman of Sony.

In yet another email exchange, Pascal and Rudin make racial jokes about Barrack Obama. The jokes can be seen at this link: http://www.buzzfeed.com/matthewzeitlin/scott-rudin-on-obama-i-bet-he-likes-kevin-hart.But the two Sony Execs have since apologised for their remarks.

Rudin says he only meant for his remarks to be funny but he has realised that they are not only thoughtless but also insensitive. Pascal also apologized publicly for her remarks: “My email correspondences to Scott were quite insensitive as well as inappropriate but do not necessarily reflect who I am,” according to the People. (http://www.people.com/article/sony-hack-everything-you-need-to-know).

ZUCKERBERG AGAINST THE SOCIAL NETWORK

According to Business Insider (http://www.businessinsider.com/mark-zuckerberg-tried-to-stop-the-social-network-from-being-made-2014-12), the leaked email communications show Mark Zuckerberg, the Facebook CEO, having attempted to have The Social Network stopped right in its tracks. However, Sony Execs refused to let up.

WHO WAS BEHIND THE ATTACK?

The real identity of the people who sponsored SPE attack is yet to be known with Sony holding that it might be an aggrieved former employee while the US government insisting North Korea is behind the attack.

The US stance comes in the wake of news that the N.S.A had infiltrated the Korean Networks, and this is what led President Obama to firmly state that the North Koreans were behind the cyber-attack. According to the U.S. government, the National Security Agency managed to break into the DPRK in 2010 and has been spying on the Asian country ever since. It is this evidence, gathered by “early warning radar” computer software, proved critical in convincing Obama to say that Pyongyang was solely behind the Sony attack.
This probably explains Obama’s bold decision to directly accuse Kim Jong-Un’s government of the attacks and even promise retaliatory actions against it. In fact, the sanctions have begun in earnest in the form of economic sanctions. However, North Korea maintains its innocence and has warned against any sanctions against it.

The FBI also says that DPRK got sloppy with IP address and thus allowed their location to slip out, which in turn identified them. But this is just a theory, as there is no solid evidence to support this stand.

The hackers, called GOP or Guardians of Peace, demanded that Sony stop showing The Interview, which is comedy movie about an attempt of assassination of Kim Jong-un, the North Korean leader. Previously, officials from North Korea had expressed reservations about the movie, reporting their concerns to the UN. But Sony went on to air the movie on many independent theatres on the Christmas Day. The comedy film also debuted on the same day as video on demand.

In December last year (2014), Sony requested that media stop coverage of the hack. Also, the company threatened that it would take legal action if the media failed to comply. But these threats are not likely to prevail, according to Eugene Volokh. Sony even threatened that it would take legal action against Twitter if its users did not stop tweeting about the stolen information. Aaron Sorkin, an American screenwriter, while writing on The New York Times op-ed, opined that by reporting on leaked information, the media was essentially advancing the course of the attackers. On the 18th of December 2014, Reddit took the unprecedented step and banned a subpage called SonyGOP which was being used for the purpose of distributing the leaked files.