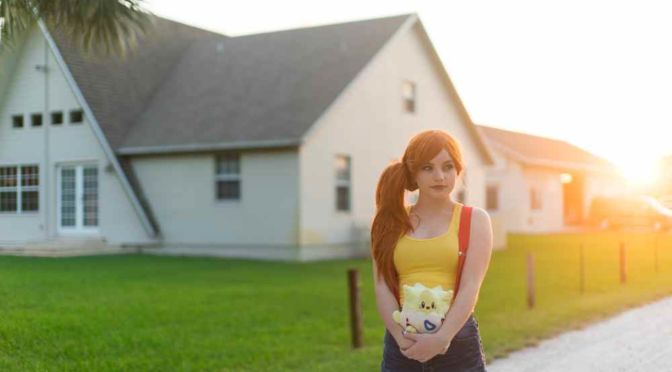 The craze began one fine summer’s day. Around the world, eyewitnesses reported swarms of people on their smartphones gathering outside parks, malls, and even residential areas. They were either swiping away at their phones or furiously tapping as the phone made unearthly noises. Chants of Valour, Mystic, and Instinct could be heard ringing throughout the area. Chaos was rampant as some of these people were robbed, mugged and one such person discovered a dead body floating in a lake as she was hunting for an elusive creature.

Many people were spending their time outside their homes, exposing themselves to the elements. Rain or shine, people could be seen, smartphones out and fingers flicking away, sometimes with children in tow. Even said children have their smartphones and tablets out, joining their parents on this crazy, wild adventure.

The craze begins to die down. Fewer people are up at 1 am looking for a shiny, flopping fish. More people have put their phones down and return to a relatively normal life before they were consumed. Then, giant creatures begin appearing on their screens and an invitation to do battle with them appears. These people get up, entranced. They pick up their phones and head into the wild outdoors again.

What would it hold for the future of this craze? Will it die down, or live on in the hearts, minds, and phones of people? Nobody knows. What we do know is that there will always be people playing this game, rain or shine, mugging or no mugging and I can safely say that I am one such person.

This game has spawned no effective rivals to date, probably because the combined forces of ex-Googlers at Niantic and Nintendo are no mean feat to copy. Henceforth, I can add on to say that this is a very interesting game for the sole reason of it being “uncopiable” (thus far).

Also, Pokemon’s claim to fame is being a “Gotta Catch Em’ All” fest that has collectors going gaga over the various designs and the absolute need to have every single one of them (including the shinies).

Now, every single person is out there hunting for not only the regular colour variants, but also the shiny coloured ones. They’re basically a different colour palette and that’s about it, shinies are basically limited edition goods in the real world.

To some people, that attraction is harder than a magnet’s pull.

So, what can I say about the popularity of this game?