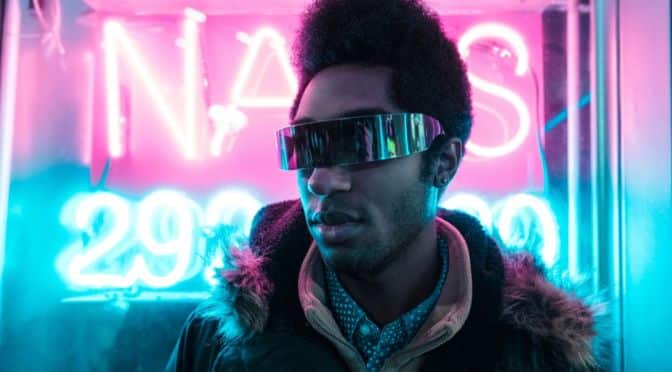 Russia Has Swayed the US Elections via Social Media – Now What?

“Where once we had propaganda, press releases, journalism and advertising, we now have “content”. Where once we had direct marketing, display advertising and promotions, now we have “monetisation”. Where we once had media owners, ad agencies and clients, now we have “partners”. Who could possibly object to partners monetising their content? It sounds so mutually beneficial and efficient. On the other hand neo-Nazis paying to target pensioners with racist propaganda has a less wholesome ring to it.”

Back in the year 2016. American electoral candidates, Hillary Clinton, backed by the banks and megacorps and Donald Trump, backed by the Trump Estate, and some unsavoury billionaires – Who would win?

Winning the election would be a “first time for everything” situation. For the first time ever, in over 200 years,  there was the possibility of the first woman President, standing against a man, a reality TV star with no political background, it was sure to be an interesting fight.

We all thought Hillary would win. We wanted to her to win. Between corporate sentimentality and xenophobia, it was not that hard to see why.

It was not long after the elections that accusations began about Russian manipulation buying Trump his victory. Sordid accounts of how Russian trolls and hackers bought ads on famous social media platforms like Facebook and Twitter and used them to influence the masses, who thought that the ads were homegrown.

Then, more things came to light. Russian media companies were also thought to be buying up ads to influence the outcome of the US Presidential elections, and Twitter is said to have managed these campaigns for them.

According to the Guardian, “Twitter has been so mortified by the possibility that uncontrolled bot armies on its platform might have swayed the vote that it is opening a “transparency centre” for future political advertising disclosures. It also announced last week it was banning two Kremlin-supported media outlets, RT and Sputnik, from buying advertising.”

RT simply replied by publishing the details between Twitter and RT. Twitter apparently approached RT with a comprehensive pre-election advertising plan. In order to entice them to agree to the exclusive elections offer, Twitter promised a package of perks and bonuses – amongst other things: special emoji hashtags.

The irony of Twitter banning RT and Sputnik from buying advertising is that both Russian media outlets still have active accounts, in RT’s case they have more than 2.5 million followers. And, to further highlight the problem with platform governance, they have blue “authentic” tick accounts.

Meanwhile, with Facebook, the other social media giant in the mix, Senator Al Franken grilled Jeff Sessions about Facebook’s consent to purchase ads in roubles. He asked Jeff about the sources of the advertisements, Jeff was unable to answer thus proving Al’s point.

According to Kriess and Mcgregor’s research titled “Technology Firms Shape Political Communication: The Work of Microsoft, Facebook, Twitter, and Google With Campaigns During the 2016 U.S. Presidential Cycle,” they said –

“We find that technology firms are motivated to work in the political space for marketing, advertising revenue, and relationship-building in the service of lobbying efforts. To facilitate this, these firms have developed organisational structures and staffing patterns that accord with the partisan nature of American politics. Furthermore, Facebook, Twitter, and Google go beyond promoting their services and facilitating digital advertising buys, actively shaping campaign communication through their close collaboration with political staffers.”

What all this text means is that affiliated social media companies, like the above, work very closely with political aides in order to actively shape the way people perceive a certain candidate/election through the vast reaches of their networks.

All that being said, it is difficult to tell where the ads are being targeted, but few people would want neo-Nazi propaganda being targeted towards people that have either been traumatised by or are easily influenced. However, that is exactly what the far right/Russian connection are hoping for – for people to see these ads and click on them.

Social Media Propaganda Posts – How to Tell Them Apart?

The inability of the general public to know what is an ad and what is propaganda is a convenient fudge than media companies don’t care to talk about. Mass manipulation sounds like something out of Orwell’s 1984 but it’s a lot closer to home than we think.  We can’t tell what links/pictures/articles are advertisements and which are not, making even the most informed person extremely susceptible to media manipulation – not that this has not been already happening for a while.

But now it takes place on a much grander scale, where the web leaves all boundaries uncovered and new paths are chartered every single second. This mass “hypnosis” by media mass manipulation of the crowds is being used for political messaging now, something that many people don’t realise. And even more importantly it is the people themselves who propagate the message through shares and likes.

The Russian social media manipulation scandal has set America and the whole world ablaze, and sown doubt and fear about the authenticity of news and ideas. Who is manipulating who? And to what ends?  This is a huge problem that has yet to be tackled, and it could have very damaging consequences a lot closer to home.