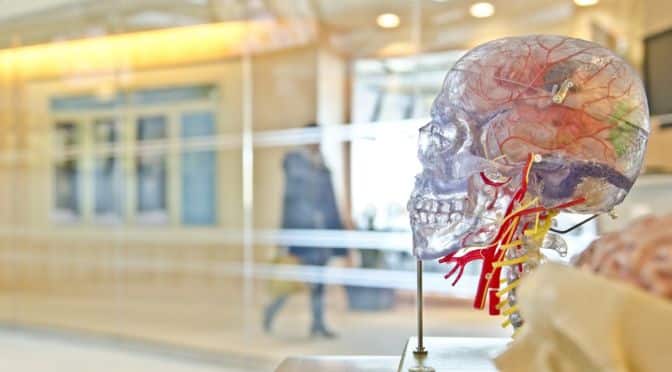 Three Microsoft researchers claim that they were sometimes capable of predicting whether individuals had pancreatic cancer by following their search history. They examined tons of millions of anonymised searches on Bing to discover questions suggestive of diagnosis, for example, they identified questions such as ‘pancreatic cancer’ or ‘Why do I suffer from cancer?’ Then, they retraced the user’s steps to find other telltale signs and engineered a formula that could predict cancer with a 5-15% certainity, based on previous searches.

The Microsoft scientists themselves acknowledge that clinical tests are indispensable to fathom if their statistical model has a practical usefulness,
After the discovery of the predictability of cancer likelihood in Bing users, the scientists at Microsoft promised to do battle to find a cure for cancer by programming cells to destory cancer cells in the future.

In a do or die battle against cancer by the technology giant, the firm has gathered a ‘small militia’ of the earth’s best engineers, programmers, and biologists to tackle cancer like it is a bug inside a computer. The plan entails several ambitious projects to be currently being considere. One of the most striking suggestions involves making ultra-small DNA computers that are capable of staying in the body of an individual, finding cancer cells and reprogramming them into fat cells the moment they show up.

Chris Bishop, a Microsoft scientist, puts forward the idea that it is a natural for Microsoft to be experimenting as they have a wide net in computer science and they believe what is happening in terms cancer detection is more of a computational challenge.

Computing and Biology are fields that appear like chalk and cheese but which possess profound associations on an essential level.

For the most part of this new experiment, the scientists are using computers and algorithms rather than beakers and test tubes. The researchers assert that they are trying to alter the manner research is conducted every day in Biology.
One researcher’s team is utilising language processing and machine learning to assist oncologists in determining the most successful, individualised treatment of cancer for their patients by offering an intuitive way to filter the entire research information available.

The other team is combining machine studying with computer vision to offer radiologists an added comprehensive understanding of the tumors that patients are suffering from.

The third team of scientists has manufactured complex algorithms which assist scholars in comprehending the way cancers grow and the cures that will perform best to eliminate them.

The last team is busy working on moonshot endeavours which will on a certain day enable scientists to set up cells to combat diseases, including cancer.

Though the single projects may be different, the overarching philosophy of Microsoft toward curing cancer centres on two primary approaches: The first approach is grounded in the notion that biological processes and cancer are systems of information processing. Utilising that method, the equipment that is employed to reason and model computational procedures, model checkers, programming languages and compilers, are also utilised to mold and reason processes of biology.

The other tactic is more data-steered. It is grounded on the notion that scientists are capable of applying methods like machine learning to the biological data and utilise those high tech tools of analysis to understand cancer better.

Wing, one the Microsoft scientists, has said that Microsoft possesses good reason to make wide, thoughtful investments in utilising computer science to handle cancer. She added that doing so is in line with the core mission of the company.

The efforts of the research teams around the world have made many breakthroughs in comprehending the role played by genetics in both treating and getting cancer. In turn, that is encouraging an even more powerful focus on curing cancer in a personalised manner, sometimes referred to as the precision remedy.

The study has been assisted by the latest advances in the ability to cheaply and easily extract the human genome and other hereditary materials. That is offering scientists abundant information for fathoming cancer and constructing extra effective and personalised cures – but the amount of data also embodies multiple challenges.

Microsoft researchers are saying they can program cells using the methods they have created for programming computers. Afterward, they can even fuse additional applications together with enhanced treatments. But the researchers emphasise that those tools will not help in fighting cancer and saving lives if they can not be understood and accessible to oncologists, biologists and other researchers.

The researchers cite that they have put all the necessary efforts in to making their systems easily navigatable, even for individuals having zero background – or interest – in computer science and technology.

Conclusively, the researchers are pushing the frontiers of science in order to combat cancer and rid it once and for all. Despite it being a complicated process, they hope that their technology will soon be able to cure cancer and save lives.