The Top 15 Tools We Can’t Live Without

The web design sub-sector has experienced a significant number of inventions in the recent past. Every day the market is presented with unique and innovative tools that help individuals and design companies in carrying out their tasks. For web users, it is essential to analyse these web design tools to find the most effective and efficient innovations. Below are the top 15 web design tools we use in our daily operations.

Webflow is a web app with an efficient UI that helps web designers create and publish customer responsive websites within a short period of time. The app also allows the design of code-free production-ready websites. Webflow presents an option to view the design at a number of breakpoints and has a preview mode allowing complete control over the viewport size.

As explained by Webflow’s co-founder, Vlad Magdalin, the app was established as a result of a frustrating workflow, and Webflow provides a solution to that exact problem.

The Sketch app was launched in 2009 by Bohemian Coding who has also developed symbols, improved exporting and simplified vector modes. Focusing on creating an app for modern designers, its creation process focused on effectiveness and use of essential new features. Sketch has been merged with CSS logic to allow easy conversion of designs. It is also incorporated with Automatic Slicing which helps speed up the design crossover making the app essential for any design company.

UXPin is a versatile prototyping and wireframing tool that can be used to create hi-fidelity interactive prototypes and rapid low-fidelity wireframes. Its flexibility allows designers to create quick wireframes from scratch with the element libraries presented by UX patterns. Creating accurate prototypes with interactions is easy and effective because of elements that provide guidance all through the interaction adding process. It also has a point-and-click interface that allows simple sharing and adding of comments by clients.

Vivaldi is a swift and customisable web browser for experienced users developed by Vivaldi Technologies, which was founded by Opera Software. It offers web panels enabling users to combine all their favourite sites for easy access. It also offers unique features such as tab stacking and tiling, command line control and note-taking panels. Vivaldi is created using web technologies such as React, JavaScript Node.js, and numerous NPM modules.

This is a code-free prototyping tool that helps convert sketches and images into interactive prototypes similar to real websites and apps. For Marvel to be operational, one needs to have Dropbox to allow the app to take the files required. With PSDs (Photoshop Documents) in place, one can hotlink pages using Marvel’s UI. Marvel allows users to switch amid links or pages and quickly preview how they will appear in the browser. One can also pick a suitable environment for the project using Marvel.

This is a web tool designed to create UIs for apps and websites. Antetype provides an improved understanding of design and content about UX design. The tool allows one to create responsive prototypes and enhance neat interactions for idea presentation to clients. Downloaders receive an elementary widget library allowing them to create prototypes and design them quickly. It also provides iOS designs, library devices and an active community section for downloading UI kits from other Antetype users.

It is a pattern-driven design tool using atomic design principles allowing one to break the design into its smallest parts and then combine to form bigger reusable components or usable templates. Pattern Lab enables one to put UI patterns inside each other to design with dynamic data containing device-agnostic viewport resize tools, so as to fully use the responsiveness of the design system.

Avocode helps frontend developers to code apps or websites from Sketch or Photoshop designs easily. With a single click, one can use Avocode’s Photoshop plugin to sync the PSD into Avocode. Avocode analyses one’s PSD or Sketch file speedily and automatically transforms it to a beautifully designed UI. Users are also presented with the opportunity to select a text editor where they can copy and paste the code by just clicking elements in the design.

Macaw is a simple app developed to help designers create beautiful and effective responsive designs suitable for all devices. It allows designers to create a responsive layout without the need for any code. Macaw helps speed up a developer’s and a web designer’s production process which will make collaborations much easier.

Form is a prototyping tool and an app design that helps produce designs similar to production designs. It allows designers to concentrate on the production side of the app with less help from engineers. To create graphics, designers can use form ‘patches’ to add interactions and gestures.

Affinity Designer is a fast, smooth vector graphic software. The software has unique features such as adjustable and nondestructive layers which allow users to adjust images without getting damaged. It also has a 1,000,000 percent zoom as well as undo and history features.

Adobe XD is a software that helps create simple interactive click-through prototypes. It comprises of tools that enable designers to define non-static interactions, desktop and mobile previews and give feedback on designs. When starting a project, Adobe XD presents a choice of device-specific artboard size selection. Some of the Adobe XD features include animations, zoom to selection, hex shorthand for colours and linear gradients.

This is a lightweight CSS framework tool that helps to simplify mobile-first layouts and provide a simple style for components such as HTML tablets, typography and Flexbox-based grid system. Its framework is easy to use and attractive. Mobi.CSS uses Flexbox.

Qualities of a Good Web Design Company   Having a great website is of utmost importance regardless of your business…. 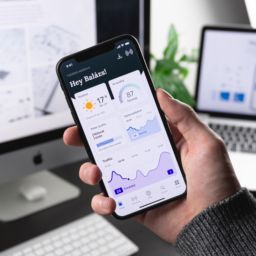 Web App Development: The What and The Why

Web App Development: The What and The Why Having a website presence is an integral part of being able to… 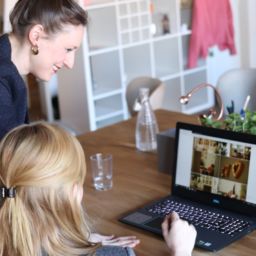 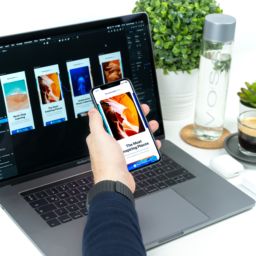 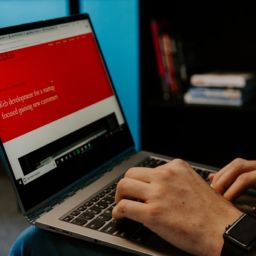 All You Need to Know About Web Development for Your Business

All You Need to Know About Web Development for Your Business   Building a successful business rarely happens overnight, even… 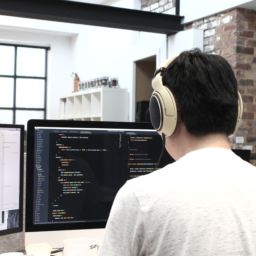 Web Development in Melbourne: What’s Hot and What’s Not

Web Development in Melbourne: What’s Hot and What’s Not   If you’re reading this article, you’re one of the savvy…