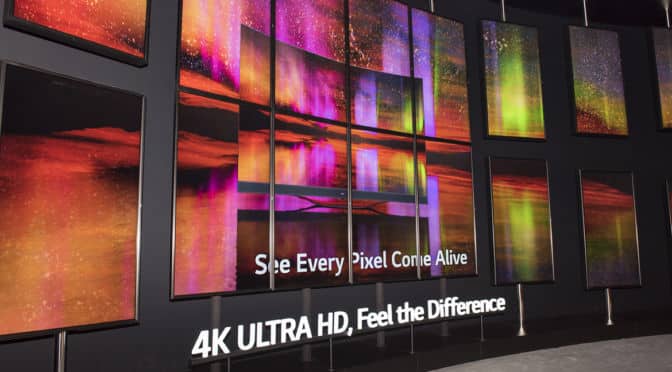 By oozeweb August 3 2015
TOP 5 TV TECHNOLOGIES YOU SHOULD LOOK OUT FOR THIS YEAR
Do you remember in the old days when you used to rely on cheap TVs (meant for the bedroom or study)? The comfortably got a place in the living room to serve as the major source of entertainment, only second to radio-cassettes.Today, technology brings large, crisp-clear screens that give a cinema-like feel right inside the living room. You only need to decide on the type, price and size of what you’re going for in order to get the best TV. However, before you make any decision here, you should mind the kind of TV technologies you’ll be going for.We’ve listed down all the 5 TV technologies in 2015 worth your attention. Here we go:

Major TV manufacturers like Samsung, LG, Panasonic, Sharp, and the rest, now have some of their television sets operating this technology.

The reason why this technology is referred to as 4k is because the screen is designed with 4000 pixels display. Manufacturers first called it 1080HD when referring to image height. However, it was later dubbed 4K to make a reference to the image width too.

And just for the fancy name, you’ll hear manufacturers referring to this technology as 2160p, or 4k/UHD. Ideally, this is about 4 times as many pixel numbers of what you currently experience with your 1080p TV screen.

You must be wondering why all those pixels matter. Well, they do because more pixels mean more information. This converts to sharper images, thus more fun.

No one imagined that television sets would be connected to the web for users to enjoy lots of services, such as media streaming, social networking, catch-up TV and so forth. Smart TVs now come with sharper images to boost the fun experience of those watching them.

They may come in any size, and may use any TV screen technology (including 4K/UHD and 3D) to deliver images. There’s nothing you can’t do with a Smart TV. Prices also vary depending on the features and screen technology used.

For a long time, the market has been served by flat screen televisions. The average consumer never imagined that manufacturers like Samsung and LG would come up with curved screens for a TV.

So far, this is the best TV when it comes to entertainment gadgets that offer stunning visuals. This TV replaced the flat 4Ks of the previous years, and images are now clearer than ever. We’re talking about accuracy in picture and colour delivered on a curved panel. Again, the screen has a panoramic effect that dramatically provides for a good field of view. With this technology, pictures feel bigger and more life-like.

This is a new display technology only referred to as OLED, or Organic Light Emitting Diode — if you prefer. These screens are brighter, more efficient, and thinner – while equipped with a far better refresh rate than LCD technology.

The technology simply makes use of a thin organic film placed between two conductors. When electric current runs through the system, the diodes light up. It is important to note that the OLED material will independently emit their own light, so they are not dependent on backlights –like LCDs. There are thousands of pixels here, and each pixel is a light-emitting diode.

This TV will be popular in 2015 and beyond. The usual big guys are going to market it and get the bucks from your pocket.

The triluminos technology is not new anyway. It was discovered in the 80s, and now makes use of tiny dots referred to as nano particles. The reason why these tiny molecules have been named nanoparticles is because they measure 10 nano-meters in diameter.

Ever since this discovery was made, companies across the world have tried implementing it in various electronic products, including manufacturers of solar cells. The idea to put it into TV only came later

One would wonder how quantum dots can be applied on a TV. Well, behind the LED or LCD lie these light-emitting diodes.

Nanoparticles are added between the sheets. When exposed to light, they become ‘’excited’’ with energy, and so they convert this light to multiple colors, and that’s how you’re able to watch your TV.

As TV technologies improve, the market should be ready to experience even more wonders in the electronic industry. So, which technology does your TV operate on, and would you love to upgrade it soon?