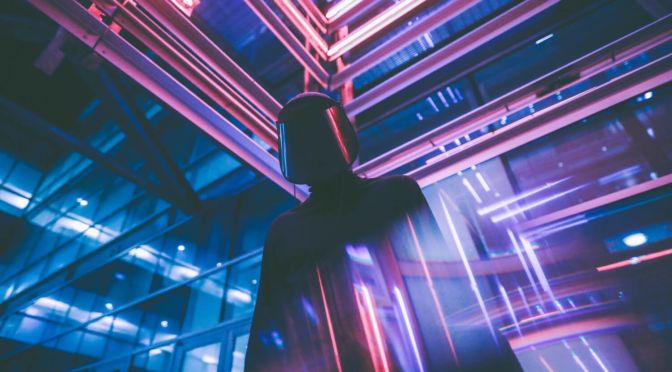 In today’s world, cyberattacks are in the news frequently. As technology has become the main indicator of human advancement it is no secret that it’s also accompanied with numerous controversies. Cyberattacks are an offensive attempt by individuals and organisations to target computer systems, networks and company infrastructure, as well as countries around the world and personal devices. These attacks are made to alter, destroy steal or ransom information from the target group by hacking into their systems. To some extent cyberattacks can also be referred to as cyber warfare or cyber terrorism depending on the specific intention. Cyberattacks can also mean the installation of spyware on a targeted PC so as to destroy communications of a particular group or nation. It no secret that these kinds of attacks are increasing and putting more systems at risk, while the hackers who have all the time in the world to infiltrate seemingly secure organisations are becoming increasingly sophisticated. For instance, the recent Wannacry malware cyberattack, hence the need for ICT professionals to come up with strong systems, covering the whole range of broadcast media, that provide the highest cyber security and confidence to users.

A Recent Spate of Attacks

In recent years, particularly in 2015 and 2016, we witnessed various cyberattacks, including: July 2015, when there was a report that hackers had accessed an online adultery site – Ashley Madison, and the personal information from over 32million individuals was leaked and the information then sent into the Dark Web. However in this case the hack was for moral and not financial reasons: the Impact Team hacking group owned up to the attack and demanded shutdown of the site. In February the same year, Anthem Inc. a well known insurance company told the public that hackers had attacked their database and exposed employees data: the names, emails and the social security numbers of almost 80 million individuals. As soon as it was known the company ordered their security protocols to be heightened and notified the FBI. In March a game known as Twitch.tv which is owned by Amazon requested its users to change their passwords, especially those people using similar passwords on other sites. Ukraine also experienced a major cyber attack in December 2015 which targeted its power grid, leaving around 225,000 clients without electricity. Also The Central Bank of Bangladesh was attacked by sophisticated pros who had intimate knowledge of its system. This attack resulted in an abrupt halt of financial transactions and $81million losses.

From the above reports, it is evident that we should expect the worst from future cyberattacks. The ransomware trend, where attackers hold a company’s information hostage for financial gain, is becoming increasingly popular. The WannaCry worldwide ransomware attack took place in May 2017. Its major target were PCs operating with Microsoft Windows, encrypted information was stolen and a ransom was demanded. Within a day over 150 countries had become victims of this malicious act. However, reports indicated that this new trend was also not directly aimed at monetary gain but was also aimed at destruction.

In a report that talks about cyber security trends, they emphasise that ransomware will be a problem for some time and we should anticipate more incidents as hackers target infrastructure and energy companies, the most lucrative companies on the planet. With such targets, destruction can be unimaginable, it can alter the activities of an entire country and lead to numerous loss of life as well as money. The report also acknowledges that we will experience confused and misguided information about how to deal with this threat to our cyber security. A report by IBM indicated that in 2016, 4,000 ransomware attacks were taking place daily and according to the FBI around $209 million was paid to these attackers in order to recover stolen information. The numbers are increasing daily and most authorities and security experts encourage the victims not agree on the attackers’ terms, since it encourages them to intensify their criminal activities. In addition, even after paying the ransom you have no guarantee of recovering your information.

War of the Worlds

Recent reports indicate that both companies and cyber attackers have become more aggressive and upped their game, they are now thinking big and outside the box. However, the major problem lies in the victims’ defensive abilities and those working on this still lack the critical security controls to minimize and prevent the attackers from gaining access. Despite this setback, it is important to recognize that most companies are now able to identify any hacking or breaching attempts.

Predictions also indicate that we are bound to see attacks that will now target platforms such as cloud management and which will force organisations to expand their budgets and invest in modern servers. This will also see institutions such as banks purchasing new, more secure, software and equipment. A report indicates that if nations do not invest is cyber security, these acts are set to increase and are likely to cause disputes between countries, cyber attacks could be viewed as an act of war by another nation. In addition, the habit of using the same password for numerous platforms and devices has been a dangerous trend, as this is one of the most common methods that attackers use to breach systems. Researchers predict that this trend will become a major issue and that there is a need for creating awareness so that with time it will come to an end and improve the overall technology.

Finally, reports indicate that the safest way to combat cybercrime and protect ourselves from what is yet to come is by investing in a reliable anti-virus software. We now rely on technology in all our daily activities and while technology makes our lives easier, it also interferes with our privacy. We do not want to make our private information vulnerable to cyber attackers who can destroy, steal or demand money from us. However, there are several ways we can adequately protect ourselves from hackers and it is most important that we do so ASAP.