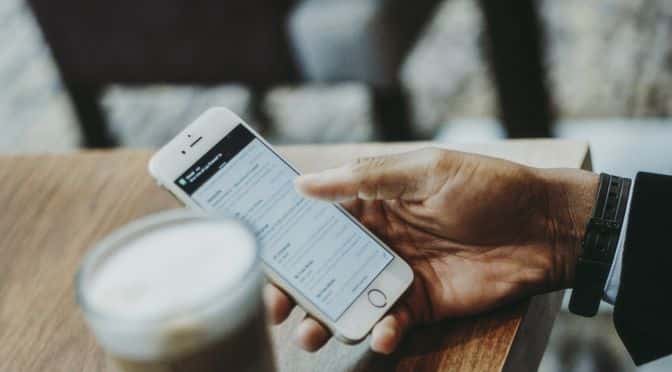 Here are the impacts of read receipts in text messaging. Remember the days of SMS texting? You’d bang out an abbreviated message of 140 characters or less on your Nokia handheld, or maybe you were cool and had a sleek Motorola Razr. If you were feeling really adventurous, you might use T9 typing suggestions and see where that got you. And then you’d hit the almighty “Send” button, point your antennae towards the sky, and pray that your transmission would find its proper destination.

Back then, if your outgoing text failed in disastrous fashion, you might get an incoming notification that the message failed to sent. But otherwise, you were completely blind to the fate of your texts. Did the other person receive it? Open it? Delete it straight away? It was all a great big mystery.

Today things are different. Popular messaging apps and social media networks support a feature called read receipts. It’s a simple concept: when a recipient opens an incoming message from their device, the sender gets a subtle notification that this action has taken place. The functionality is slightly different based on what messaging service you prefer. Apple’s iMessage will display the word “Read” in a light grey text under each outgoing message, along with the date and time of the event. Facebook Messenger shows the recipient’s circular profile picture once a message has been opened. And WhatsApp relies on a checkmark system: one check for sent, two grey checks for received, and two blue checks once a message is read.

The idea behind this feature was conceived of long before the smartphone era. Anyone who’s worked in a modern office has interacted with that one co-worker who insists on enabling receipts for every one of his emails, even when he’s just telling you the office fridge is getting cleaned. Microsoft Outlook will alert the recipient each time a receipt is going to be sent back to the sender from your mailbox.

Smartphone apps and social media networks all vary slightly when it comes to their implementation of this feature. Apple allows iPhone users to choose whether the feature is enabled on their outgoing messages, while Facebook Messenger and WhatsApp both turn on the service by default. Apple also does not support read receipts on group messages, while the other two apps do.

So what’s the big deal? What are the advantages of having read receipts and why do people care about them?

In reality, those small notifications that appear each time someone reads one of your messages can have a major emotional and psychological impact. As the sender of a text message, whether it’s to a friend, family member, or stranger, your primary goal is to be heard. Enabling read receipts makes that automatic. You know that not only has your message reach the other person’s device, but the other person has actually opened the transmission and presumably consumed its contents.

But not every interaction over internet messaging is so straightforward. First off, what happens if your outgoing message fails to send or never gets delivered at all? Is the other person just travelling with a bad cell signal, or did they change their number so that they never have to hear from you again?

The science of reading receipts can generate endless drama. If someone never sends back a receipt, then you can assume that he or she has disabled the setting. Does that mean they’re hiding something? Or perhaps they just want to preserve some privacy from you. Sometimes you’ll send a text to someone, get no response, and then see a notification show up hours or even days later. That is bound to send you down into a pit of despair. You’ll start to over-analyse every letter in your outgoing message. What could you have changed or rewritten in order to get the person to read it right away?

The opposite situation can often be just as perplexing. You may encounter a contact who always generates a read receipt almost immediately upon you sending a new message. Is this person incredibly lonely, addicted to their phone, or some combination of both?

Thanks to the invention of read receipts, emotional manipulation is just a tap away.

On the second episode of the Verge’s “Why’d You Push That Button” podcast, host Ashley Carman digs into the subject of read receipts and how it’s affecting the modern smartphone user. She interviews Lujayn Alhddad, who studied human-computer interaction at the Rochester Institute of Technology and wrote a paper on the topic.

Alhddad found that the usage and impact of read receipts in text messaging all depends on the nature of the relationship between sender and receiver. People in close friendships or romantic relationships will often jump at the opportunity to use it, while it is less common in weaker or newer relationships.

Alhddad talks a lot about the social pressure that read receipts can cause. When someone knows that the feature is turned on in their app, they feel forced to respond right away to any message that they’ve opened. Otherwise, they run the risk of presenting to the sender as rude or uninterested.

Alhddad also notes that a large number of the people she’s surveyed do not even know about the feature in developed apps like iMessage, Facebook Messenger, and WhatsApp. These people may not realize they are sending read receipts or may not know how to enable to disable the feature.

Perhaps those people are the lucky ones. They can go on about their days, not concerned with who’s reading their messages too slowly or too quickly. It’s reminiscent of earlier days when SMS messaging was truly simple. Maybe it’s enough to get you to reach for that Nokia handheld. Or maybe you just want to play one quick round of Snake.